“It was in 1879 when John A. Weider opened his horse-and-harness supply business on Spring Street in downtown Rochester. Flash forward to today, Weiders Hardware operates stores in Honeoye Falls, Brighton and Perinton, serving the Greater Rochester Area.”

Weiders Hardware has moved quite a few times over the years. By the early 1900s, when hardware was added to the offerings, Weiders moved to State Street (West Main & Broad). From there, it was on to West Main Street, where the store remained for more than half a century before it was demolished for the Inner Loop project in 1967. In 1961, Weiders opened a second location in Suburban Plaza on East Henrietta Road in Henrietta. The Honeoye Falls store opened in 1998. The Henrietta shop closed in 2005, and the Brighton store opened in a former Lilac Cleaners shop near Twelve Corners in the spring of 2011. In 2015 the decision was made to switch suppliers for the Honeoye Falls store and Weiders Hardware joined Ace.

In 1929, on the 50th anniversary of the opening of his business, John A. Weider is quoted as saying “Give them what they want”. John A. Weider believed that it was his commitment to excellent customer service which helped his horse and harness business thrive during the rise of the motor age.

John A Weider opened shop on 164 South St. Paul in down town Rochester (near where South Avenue and Griffith St. are today). Weider's started out selling horse harnesses and furnishing goods

After two short years in their original location,  John A . Weider moved his business to what is now South Ave and Court Street.

December 8th, 1886
Advertisement for John A. Weider in the Democrat & Chronicle

Featured in the Democrat & Chronicle 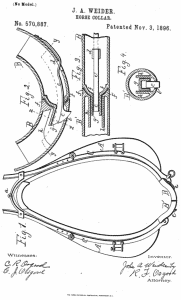 "Be it known that I, John A. Weider of Rochester, in the county of Monroe and State of New York, have invented a certain new and useful Improvement in Horse-Collars"

John A. Weider invented a new type of horse collar that was able to be separated at the bottom making it easier for the operator to put on and remove.

Data Source: US Patent 570887A (Archived by Google Patents)

Around this time John A. Weider moved his business to 24 Spring St. in Rochester, NY. 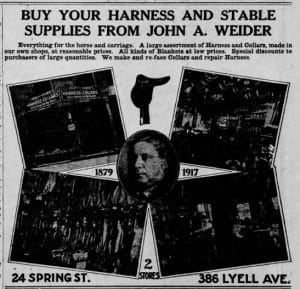 This advertisement from the Democrat & Chronicle shows the two addresses of John A. Weider's business on Spring St. and Lyell Ave.

Review of archived Rochester Directories dated from 1916 to 1922 appear to indicate that during 1921, John A. Weiders located at 386 Lyell Ave, Rochester NY, closed.

John A. Weider's son, Phillip F. Weider, is admitted in to a full partnership with his father, and the business becomes John A. Weider & Son. 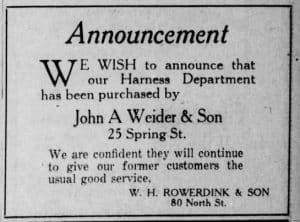 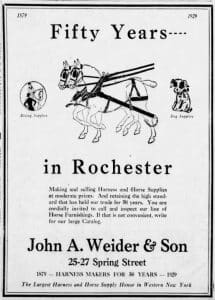 This piece offers some amazing insight in to the state of John A. Weider's business at the time, as well as some details about the early days of the business. 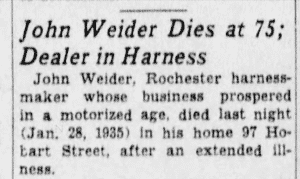 This obituary from the Rochester Democrat & Chronicle says that John A. Weider died at age 75 due to complications from an extended illness. 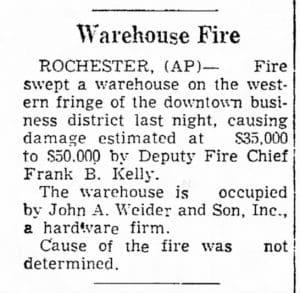 On Wednesday, October 11th, 1950, an electrical fire broke out at John A. Weider's & Son Located at West Main & Broad St. in Rochester NY. 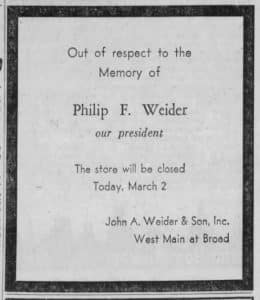 Philip Weider dies at the age of 58 at St. Mary's Hospital. Mr. Weider reportedly suffered from a heart attack at his home, and was transported to the hospital where he later died. 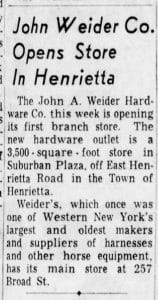 September 1961, John Weider Co. Opens a location in Suburban Plaza in Henrietta. This store is a part of the Pro group. This store secondary to the store located at 257 Broad St. in downtown Rochester, NY.

In 1967, Weider's Hardware on West Main & Broad closes to make way for the Inner Loop Project 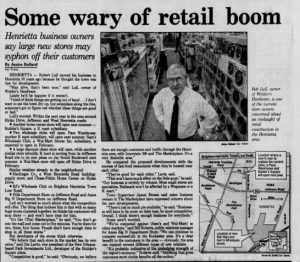 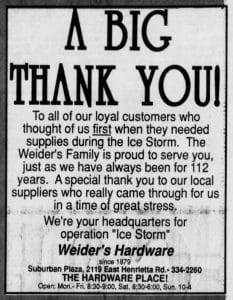 Monroe County Officials declared a state of emergency and approximately 200,000 homes and businesses in the Rochester Area were without power.

Ned Green and his brother in-law Greg Lull in partnership, buy the Weiders business from Robert "Bob" & Joanne Lull. Joanne Lull was the Granddaughter of John A. Weider. 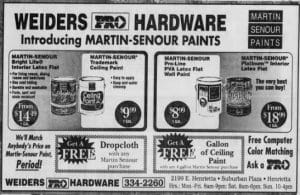 Pictured below: Robert S. Lull, long time owner of Weider's Hardware, once located in downtown Rochester, pats a plaster-of -paris horse, which was in the store's window since it opened in 1938. 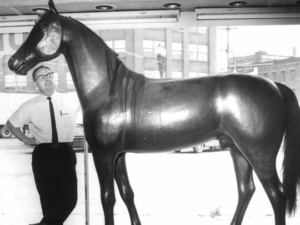 Owner Ned Green opened a new location in Brighton, NY, located in the space formerly occupied by the Lilac Laundromat near Twelve Corners.

Pictured above is the board cutting ceremony to celebrate the opening. 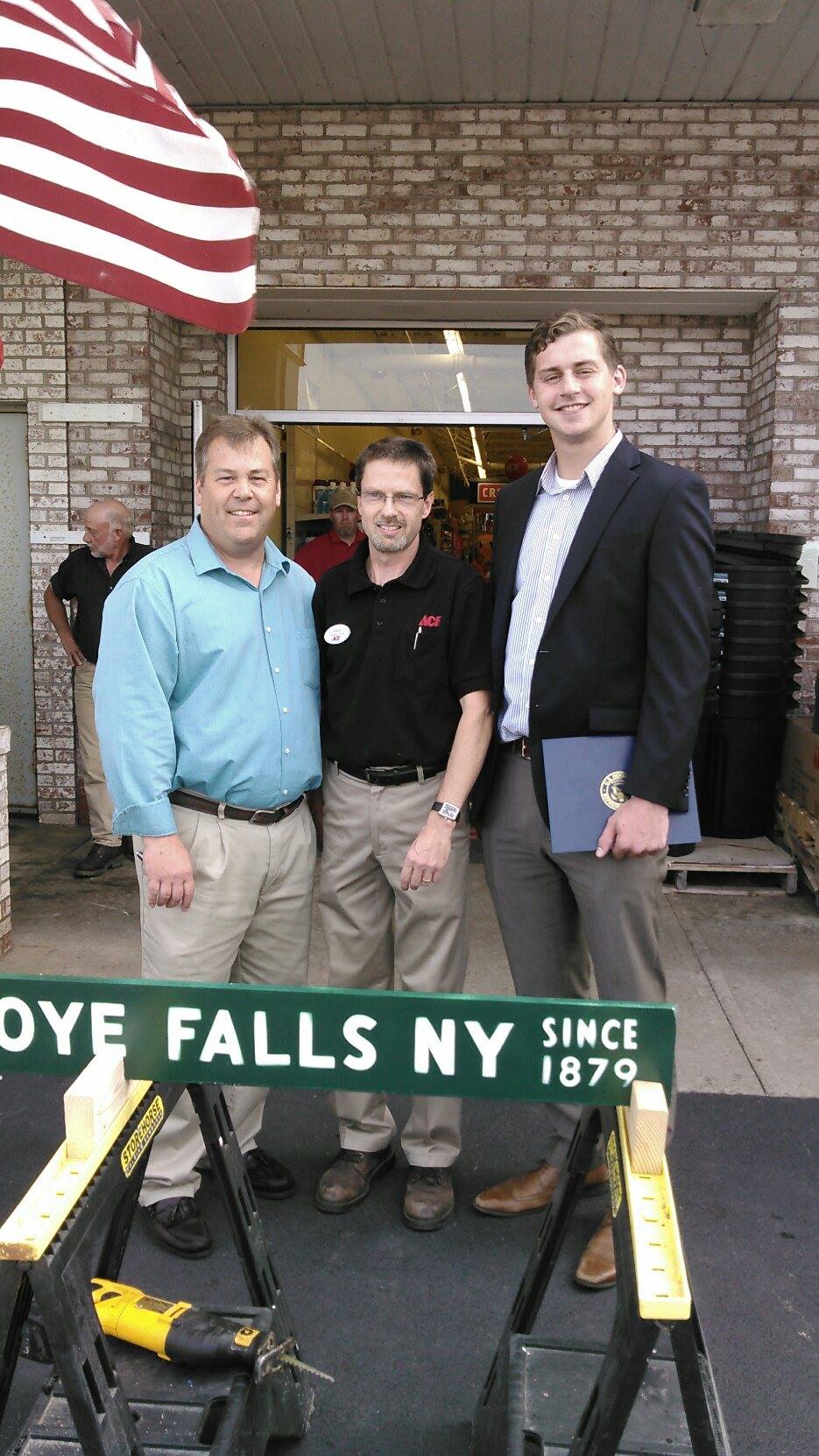 To meet the increasing needs of the community, Weiders Hardware in Honeoye Falls, decided to move away from the Pro Hardware group and joined the Ace Hardware group.

Pictured with Ned Green at the board cutting ceremony is Honeoye Falls Mayor Rick Milne and Bryan Piligra from Congressman Chris Collins office.

To meet the increasing needs of the community, Weiders Hardware in Brighton, decided to move away from the Pro Hardware group and joined the Emery Jensen, a new affiliate of Ace Hardware. 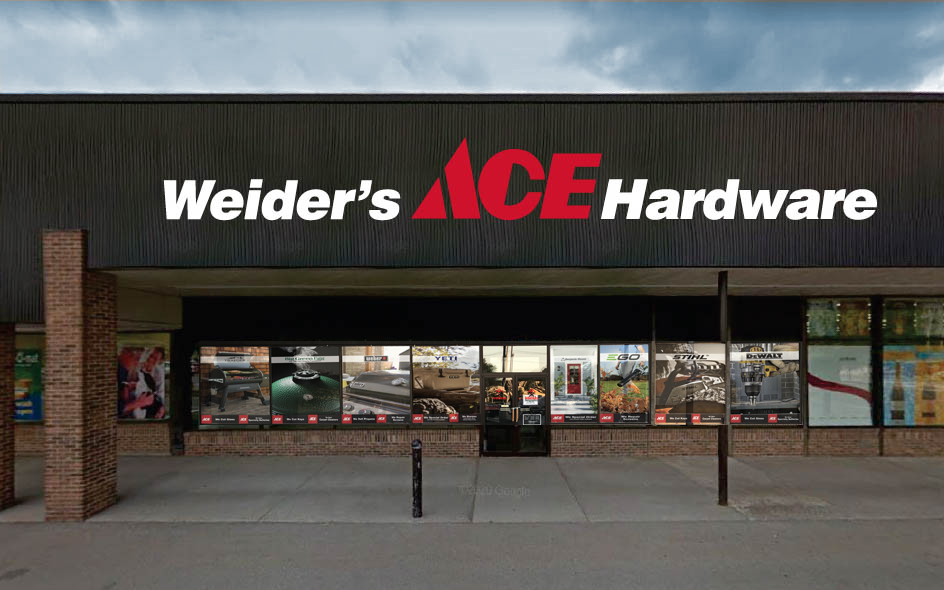 For the first time in Weider's history,  three locations will be open in Rochester!